The developer behind a controversial mixed-use project planned for an aging strip mall in south Redondo Beach has reached a settlement with the city to build a smaller version under more strict conditions.

Legado’s latest plan for the former Bristol Farms site on the corner of Palos Verdes Boulevard and Pacific Coast Highway still calls for 115 apartment units and brings the project’s commercial footprint down to 21,539 square feet, but the developer faces a $1 million penalty if it doesn’t meet deadlines for the renovation of the fire-ravaged Palos Verdes Inn, officials said… (more)

The Wedtlands Water District board of directors Tuesday afternoon voted not to participate in Gov. Edmund Gerald Brown’s proposed legacy project– twin water tunnels to drain water out of the Sacramento River before it could flow into the California Delta.

Westlands says the cost is too much. The state has estimated the cost at $17 billion, but an independent economist has put the true cost at as much as $67 billion.

The “bulky” design of a mostly market-rate housing development slated to span several lots of Mission Street prevented the project from moving forward at the Planning Commission last week.

The development would take advantage of the state density bonus law allowing developers to build denser and taller than typically permitted in exchange for on-site affordable housing.

It would rise eight stories near Mission and 25th streets and bring 75 units of housing to the neighborhood, including eight units rented at below-market-rate prices. The project is also just a block away from the 24th Street BART Station and has spots for bicycles rather than car parking.

But several commissioners were troubled by the size and design of the proposal, which would replace a laundromat and outdoor parking lot on three lots of Mission Street.

“It’s just basically plopping a foreign object into this area and not thinking about its consequences,” said Commissioner Kathrin Moore.

The commission unanimously voted last Thursday to delay a decision on the project until late November, asking the developer to redraw the plans as multiple buildings rather than one… (more)

Source: Landowner-tenant laws may be contributing to homelessness

Editorial by The Times Editorial Board : latimes – excerpt

Last week Sen. Steven Bradford (D-Gardena) introduced a bill that was pitched as a way to dramatically speed the construction of transit lines and parking lots needed for the Olympic Games in Los Angeles in 2028. Bradford’s big idea? Exempting the projects from all the studies and public input required by the California Environmental Quality Act. The primary beneficiaries of Senate Bill 789, however, would be the proposed Clippers arena and other projects in Inglewood’s sports and entertainment district… (more) 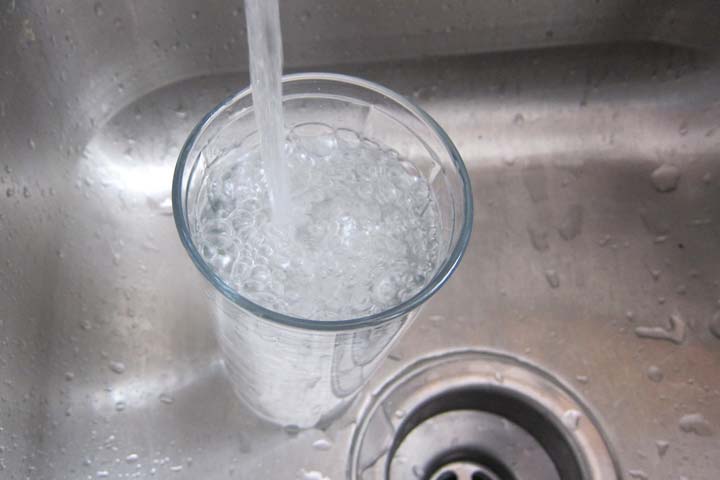 Exclusive: Tests show billions of people globally are drinking water contaminated by plastic particles, with 83% of samples found to be polluted

We are living on a plastic planet. What does it mean for our health?

Microplastic contamination has been found in tap water in countries around the world, leading to calls from scientists for urgent research on the implications for health.

Scores of tap water samples from more than a dozen nations were analysed by scientists for an investigation by Orb Media, who shared the findings with the Guardian. Overall, 83% of the samples were contaminated with plastic fibres.

The US had the highest contamination rate, at 94%, with plastic fibres found in tap water sampled at sites including Congress buildings, the US Environmental Protection Agency’s headquarters, and Trump Tower in New York. Lebanon and India had the next highest rates…

How microplastics end up in drinking water is for now a mystery, but the atmosphere is one obvious source, with fibres shed by the everyday wear and tear of clothes and carpets. Tumble dryers are another potential source, with almost 80% of US households having dryers that usually vent to the open air…

Current standard water treatment systems do not filter out all of the microplastics, Mahon said: “There is nowhere really where you can say these are being trapped 100%. In terms of fibres, the diameter is 10 microns across and it would be very unusual to find that level of filtration in our drinking water systems.”…(more)

Shares of downtown water company Cadiz Inc. soared 31 percent Tuesday on a double dose of good news: a bill aimed at stopping its desert water project failed to clear a Senate committee late Friday, and a federal agency signaled it may allow the proposal to move forward.

The bill, AB 1000, by Assemblywoman Laura Friedman, D-Glendale, specifically targeted the Cadiz water pumping and transfer project, requiring an additional state agency approval before the project could go forward. It was viewed as a last-ditch attempt by project opponents to block it.

In this case the CEQA case was brought by the state against a private party with access to water on private land who wants the right to manage the water resources under its property, and the court ruled against the state.

The Bureau of Cannabis Control announced the conclusion of the California Environmental Quality Act (CEQA) Proposed Program study on September 6, 2017 regarding implementation of Proposition 64, and the news so far is good for the legalization movement.

As the lead agency under CEQA, the Bureau prepared an Initial Study/Proposed Negative Declaration (IS/ND) for its proposed regulatory program. Based on the findings of the IS/ND, the Bureau has determined that the Proposed Program would not have any significant effects on the environment, said Alex Traverso, who works with the BCC. Public hearings will follow…(more) 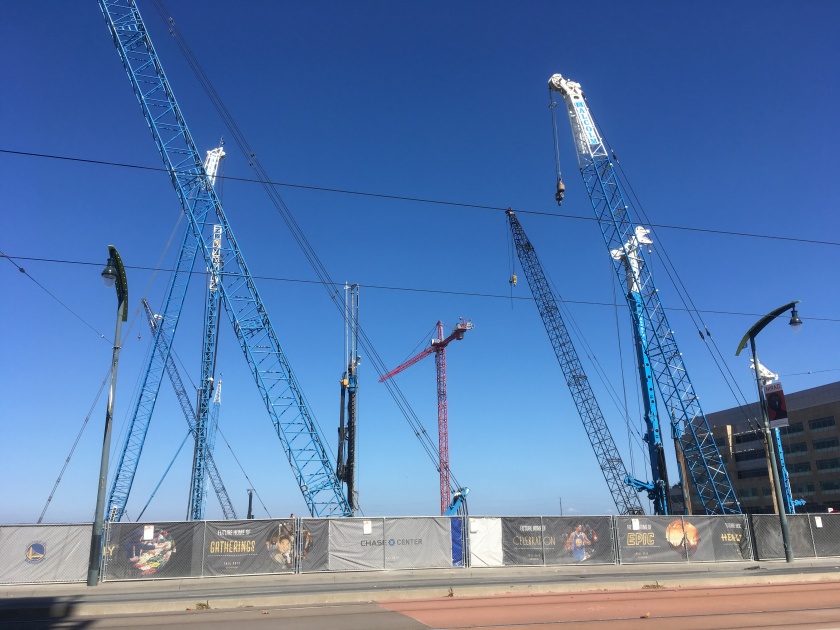 This zrants photo was taken over a week ago. There were twice as many cranes yesterday.

Black dust cakes the poplar trees in South Park, the San Francisco waterfront neighborhood at the western end of the Bay Bridge…

Congestion — defined as traffic flowing below 35 miles per hour on the city’s freeways — increased from 3.8 percent of the time in 2010 to 5.7 percent in 2015…
A few years ago, Rogers discovered that her gentrifying neighborhood is among the most polluted in the city. SoMa is the locus of San Francisco’s building boom, so people are pouring in and cars are jamming the streets, many of which funnel traffic to and from the Bay Bridge… (more)

The number one factor in the increase in bad air in San Francisco is construction. There are cars all over the city and the freeways are no more jammed than before, although the speeds are slower. If the following is correct, and  “Congestion — defined as traffic flowing below 35 miles per hour on the city’s freeways — increased from 3.8 percent of the time in 2010 to 5.7 percent in 2015.”, the solution would be to speed the freeway traffic up the traffic, not slow it down the way SFMTA is doing by slowing the freeway access road traffic. See the many complaints about Potrero, Van Ness, and Lombard.

This article fails to place much of the blame on the construction zones, even though the largest number of cranes in the sky are in SOMA, and Mission Bay around the Warriors stadium and the medical center, where pollution is highest.

If SB 35 passes and the construction moves west, the bad air will follow. The solid massing of buildings along narrow streets stops the breeze and traps more bad air the same way a mountain does.

Perhaps a new approach to keeping traffic out might be to move the jobs out to where the people live now rather than figuring out how to move the people to the jobs each day. Palo Alto wants to try building less office space. Sounds like a familiar approach SF tried a few years ago. Hope their legislators do a better job of writing the law than ours did wuth Prop M. hint: Use the word “must” not “shall”.

California lawmakers introduced legislation Friday to bypass a key state environmental law that would dramatically ease the construction of rail, bus and other transit projects connected to Los Angeles’ bid to host the Olympic Games in 2028.

Under the bill, any public transportation effort related to the city’s Olympics bid would be exempt from the California Environmental Quality Act, the state’s primary environmental law governing development. The law, known as CEQA, requires developers to disclose and minimize a project’s impact on the environment, often a time-consuming and costly process that involves litigation…

The measure, Senate Bill 789, also provides major CEQA relief to help the construction of an NBA arena for the Los Angeles Clippers in nearby Inglewood.

If it passes, the bill would speed transit officials’ attempts to build rail and bus lines in advance of the 2028 Olympic Games while also providing a boost to the arena’s chances at getting completed. Doing so, however, would cut through longstanding regulations that environmentalists and community activists in California have held as sacrosanct to preserving the state’s natural beauty and involving residents in the development process… (more)